Do you have crazy dreams? I go through periods where I have the craziest dreams. I dream a lot and I can often remember my dreams, but sometimes not until I go to bed the next night or until something reminds me of the dream.

Last night, or early this morning rather (which is when I remember dreams the best), I had this dream that I was making a Thanksgiving dinner for something like 40 people. I made a grocery list and went to the store, but apparently didn’t pay attention to my list. I bought a bunch of stuff and had it in a car. And then…I was not at my house but I was at a house that was a mixture of houses (you know how dreams do that) and the kitchen was up on the top floor and the car was very far away. I had to enlist help from Chris and other ?? people to bring up the groceries. But then it morphed into something else. I was in the kitchen and I realized I didn’t buy any of the things to make the stuffing, which had to be done first. So I went to go to the store again. And I did, but then there were all these other things happening, like a movie premier…? And I was getting so freaked out because there were all these people at the house waiting for me and I didn’t want dinner to be served at midnight, and I went back and realized I had not purchased the stuff for the stuffing AGAIN! So I freaked out and left again (there is so much more but it is confusing enough as it is), but this time I was in someone else’s car and Chris was in my car with someone, and I was trying to get his attention and doing burnouts and spinning the car around on the road using the emergency brake (yes, seriously) and somehow in my dream I realized that I was going to have to buy three or four times as much stuff to make the dressing than normal (in real life) because I was feeding so many more people. Literally in my dream I was making a list of the ingredients I use in my stuffing. So bizarre. Somehow I still never bought any of the ingredients, I went back to the house and everyone was making their own food because I was “taking too long” to cook anything. Also, somehow I had not made or provided any appetizers or snacks. So strange. Such a strange dream.

First up is Little Bee by Chris Cleave, which I posted a Goodreads review of. I did not love this book. The story takes a long time to get going, the middle is incredible and engaging but then takes a turn for the drama which seems misplaced, and ends up with a deflating ending. Some  reviewers thought this was an excellent book and had an incredible and sad ending. I just thought the ending was a cop-out and it just left me cold. I give it two out of five stars.
Next is The Book Thief by Markus Zusak. Because I joined the online book club from Back To Her Roots and this was the December book of the month, I’m not going to review it here until later this month, other than to say I liked it but didn’t love it. More on why coming the end of the month.

As an aside, if you want to join the online book club check out the Back To Her Roots blog for details by clicking the link above. You still have time to read The Book Thief and join in on the discussion.
2. What I’m Listening To

LOVE!
3. What I’m Eating
Ugh…too much crap! The holiday season is hard for me!! 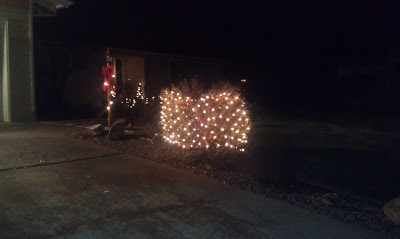 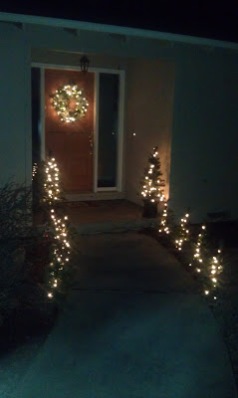 Decorating for the holidays…inside and out! I am not doing as much this year for a few reasons: 1) kittens, 2)  vacation, 3) lazy.
5. What I’m Loving
Besides everything peacock and being done with school, I am loving my sweet kittens and the fact that they are all getting along much better now. Here are some cute pictures for your Friday!

What’s YOUR Five this week?

This entry was posted on December 7, 2012 by Corrie Beebe in friday five.