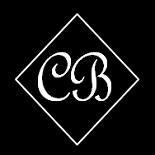 I posted a comment on Facebook and said that Chris and I were kicking off spring beak* at Seven Feathers Hotel and Casino. My friend Mar noticed the spelling error (stupid phones) and said “tweet.” I was confused. Then I realized what I posted and thought it was hilarious….then she pointed out that I was at Seven “Feathers” which made it even funnier!! Unfortunately, our “kick off” didn’t go that well. Chris had a trouble call for a broken elevator at the casino so we decided to head up there, he could fix the elevator, we would have dinner and spend the night. It didn’t quite go as planned.

First of all…he couldn’t fix the elevator because his brand new laptop is not configured correctly from the factory and won’t “talk” to the elevator. FAIL. Then we had dinner at the sports bar. It wasn’t that good and the service wasn’t that good either. Then we went up to our room on the third floor and attempted to go to sleep. Unfortunately the people in the room above us had small children. They were playing hockey, or soccer or just attempting to kill each other by running back and forth across the room like bandits. FOR HOURS. We laid down around 9:30 (we are such party animals) and by about 11:30 we had had it!! We got up and left. Checked out, drove home, and slept in our own bed without small hoodlums running around shrieking, thumping, crashing and crying above our heads. So much for a “relaxing” night away.

We probably slept better at home anyway. Plus my kitty doesn’t like to be alone. She was glad we were home to snuggle with.

That was last Thursday night.

We didn’t do much over the weekend outside of normal stuff. The weather here has been SO spring. Rain, wind, sun, hail, rain, sun, wind, clouds….repeat. Chris spent some time working on his boat. I got a painting framed that my brother painted and gave to me. We cleaned up the house, which was a wreck from being ignored for 2.5 months. Nothing super exciting.

Monday, though, things perked up! We had made reservations at Lake of the Woods resort. And we rented snowmobiles! We picked up the sleds Sunday night and headed out early Monday morning to hit the snow!

We had a blast!! I rode my own sled and Chris had his own. We couldn’t have ordered better weather. Partly sunny, warmish and gorgeous! We put over 30 miles on our sleds and trekked all over around the lake in the Winema National Forest. Here are some cute pictures!

Monday was a GREAT day! We had lots of fun. We rented a cabin at Lake of the Woods. After we returned the sleds we headed back up to hang out and enjoy the quiet and peace of the woods. Did I mention there was NO one else out there? Once again Southern Oregon doesn’t disappoint. Spring Break week and there is no one else enjoying the recreation. Awesome.

The cabin was quaint and small. It snowed quite a bit the whole time we were there. I didn’t take pictures of the food, but we ate well! Monday night we had bratwurst and shamelessly stolen pasta salad.  Tuesday morning, after not sleeping that well (no thanks to our midnight raccoon visitor) Chris made breakfast of bacon, eggs and toast. So tasty!

Then we went and hiked all over the campground. Chris headed out on the frozen lake to check out the ice fishing holes. We found a really awesome picnic/beach area that we hope to visit this summer.

It was snowing and blowing quite a bit on Tuesday. We watched a Disney movie (Cinderella) in the cabin (that was what they had!) and then decided to head back out to the lake. We tried our hand at a little ice fishing. We really didn’t have any idea what we were doing, and after not too long the wind and snow picked up again. It was fun, but next time we’ll be more prepared with the right gear! Wouldn’t it be fun to catch a trout in an ice covered lake??

After the ice fishing we took a nap. Yes. An actual honest to goodness nap. For almost 2 hours. It was GLORIOUS!  After our nap Chris made dinner. Again, no pictures, but we had an old favorite. Seared pork chops, topped with cream of mushroom soup and frozen tator tots. Put in the oven to heat through and brown up the tots. So much comfort food! Delicious. Certainly not an everyday dinner, but perfect for vacation and the mountains.

After dinner we went for another long walk. We walked from our cabin down to the “big meadow” in the deep snow. It was probably a couple miles there and back. We went late enough that by the end it was a moonlight walk in the snow. The weather was comfortable and the forest was silent except for the sounds of our feet crunching in the snow, our coats rubbing together and our voices in the still night air. It was beautiful and enchanting. We could see the sliver of the moon and the clouds racing across the dark sky.

We slept quite well (despite middle of the night raccoon party on the roof) and Wednesday morning got up bright and early and headed back home to our VERY lonely baby kitty. She was ecstatic to see us and has been super snuggly all day.

Tonight we went for a 4.7 mile walk/hike around the top of Roxy Ann and then had lamb and feta stuffed red peppers for dinner. SO tasty. I blogged about them a while back. Delicious!!

We don’t have any official plans for the rest of our week, but we may fit another adventure or two in before it is back to work/school.

OH!! I got my grades for my crazy-ass winter term!! I took 5 classes, 20 credits and I achieved a 4.0! ALL A’s!! I am pretty darn excited about that! All that hard work paid off.

I’ll be back later with more Spring Beak* updates!!

This entry was posted on March 29, 2012 by Corrie Beebe in adventures, exercise, fishing.